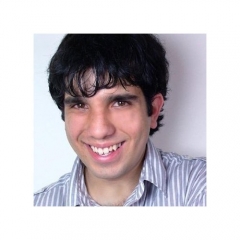 Mahmood Hikmet is the Research and Development Engineer at HMI Technologies, he recently presented a paper at the IEEE International Symposium on Realtime Computing (ISORC) 2015 conference at AUT University. Mahmood’s paper investigated the issue of fairness of access to the medium in vehicular communication environments and developing a quantitative measure to find the theoretical limit of fairness on any given population distribution. The title of the paper was “Fairness-Based Measures for Safety-Critical Vehicular Ad-Hoc Networks”.

Mahmood is currently conducting his PhD in Electronic and Electrical Engineering at the University of Auckland under the supervision of Associate Professor Partha Roop.

IEEE is the “Institute of Electrical and Electronics Engineers”, the IEEE is the world’s largest technical association. A highly respected global organisation formed in 1963 when the American Institute of Electrical Engineers, AIEE, merged with the Institute of Radio Engineers,IRE. IEEE is an organization composed of engineers, scientists, and students, with approximately 400,000 members in 160 countries.  The IEEE is best known for developing standards for the computer and electronics industry. In particular, the IEEE 802 standards for local-area networks are widely followed.