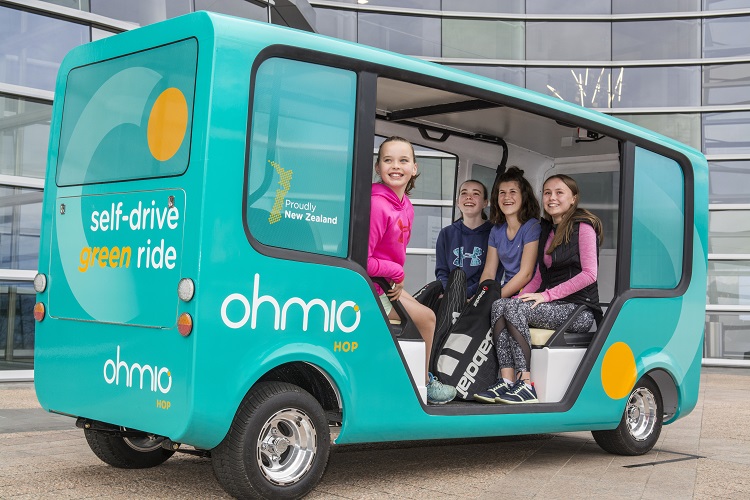 Last month in Christchurch, we made the exciting announcement that the HMI Technologies R&D team had successfully developed world-leading driverless vehicle technology. We have formed a new subsidiary company OhmioAutomotion which is preparing to manufacture four models of automated vehicles, three shuttles and a freight vehicle.

The Ohmio Hop automated shuttle is likely to be the first vehicle that goes into production and is specifically a Last Mile solution and crucial component of Mobility as a Service models, where transport networks of shared mobility and public transport are so convenient that we have less need for private transport.

These vehicles will help people connect from mass transit hubs and parking facilities to their final destination, as well as making efficient short journeys on commercial facilities such as airports, retirement villages and university campuses.  At the Ohmio launch event in Christchurch, we asked 10-year-old Frances to talk about driverless, autonomous vehicles and what they mean to her. Frances had been part of the Ohmio video shoot that took place just three days earlier and we noted her star talent, so we asked her to be part of the launch event.

Frances identified that the autonomous vehicles would be cleaner for the environment and would make life easier for people like her, providing a safe, sustainable transport alternative for her that meant she could be less of a burden on her parents.  It is Frances' generation that will see the transport revolution take full effect, where autonomous vehicles and smart city technologies become ubiquitous, changing the transport paradigm, making roads safer, more efficient and urban living more sustainable.