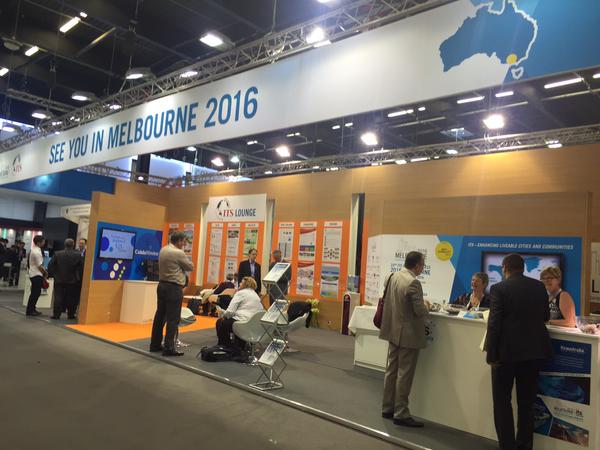 Attending this year's event, in Bordeaux, France, and representing HMI Technologies were Mohammed Hikmet, Dean Zabrieszach and Mahmood Hikmet. ITS New Zealand and ITS Australia had their largest ever delegations to this year's World Congress. The congress is the largest ITS event and is the optimum time to showcase new ITS and transport technology, and also provides the opportunity for transport planners and engineers to learn about international standards and trends and coordinate their practices and policy accordingly.

Highlights of this year's event include the ITS Australia booth (pictured) which was shared by ITS Asia Pacific member countries, promoting the 2016 ITS World Congress, which will be held in Melbourne Australia and which HMI Technologies is already confirmed as a major sponsor. Visit the ITS World Congress 2016 website here >

Also it was exciting for New Zealand this year, with Martin Matthews, of the Ministry of Transport being accepted into the international ITS World Congress Hall of Fame as nominated by member countries from across Asia Pacific. 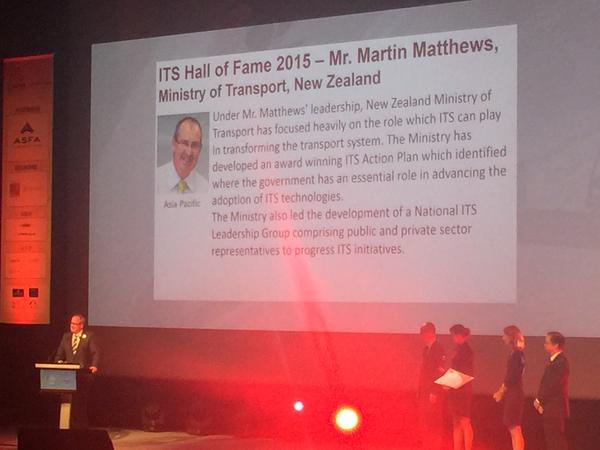